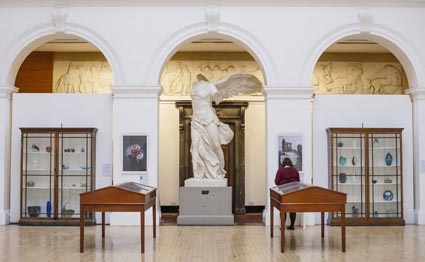 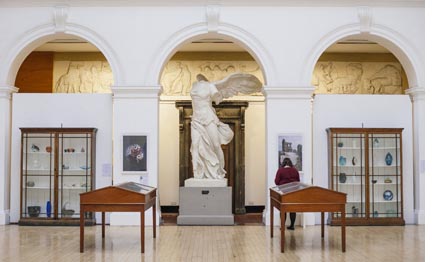 Throughout, it’s history the Glass programme at ECA has been focused on the uses of glass as an art form for visual expression – a maxim equally employed by the staff and students that have passed through the department. Stained Glass has been established at Edinburgh College of Art (ECA) for over 100 years, the department was founded in 1909.  This academic year of 2016, also marks 75 years of studio glass practice at ECA, when the glass engraving studio at ECA was founded in 1941.

The Glass programme at ECA organised the recent Transition exhibition to celebrate the wealth of talent which has emerged from the department over the years. This exhibition showcased a diverse range of important national and international artists and designers who have graduated from the department over this period, led by a rich and varied academic cohort of staff. Many of the graduates from ECA are now renowned artist and academics in their own rights, in Europe, Australia and North America.

The objective of the Transition exhibition was to demonstrate the artistic and technical contribution each artist has made to the field and to highlight their continued professional development since graduating from ECA. A further objective, was to illustrate the important contribution made by staff and students from ECA to the national and international studio glass scene. By reviewing the history and alumni of the department, it has been possible to capture and map the relationship between the diverse array of staff and students that the department has fostered. The exhibition has provided a starting point for future research, inspiring future students to study glass at ECA.

The exhibition was arranged in chronological order of graduation and showcases the alumni that studied Glass at ECA. Additionally, the staff that taught at ECA were shown in chronological order of the dates that they taught at ECA. The exhibition gave an insight into the diverse range of artists that have sprung from the department; as well as mapping the intricate web of teaching that has influenced and supported many of our alumni.

ECA has been a major part of the development of glass education, the course is unique to Scotland and is one of the few centres of excellence in the UK. Taking the lead to formalise the artistic enquiry of glassmaking in an academic setting, ECA was one of the first institutions to pioneer practice led research degrees. Ray Flavell set up the M.Des in Glass in 1990, his first student was Jonas Jonasson (1991-1992). This paved the way for an energising stream of UK, European and International students studying Glass at a Postgraduate level at ECA. Doctoral researcher Lale Dilbas Andic (2000), was the first student to be awarded a PhD in Glass, closely followed by Dr Ray Flavell (2001); Dr Max Stewart (2010) and more recently Dr Choi Keeryong (2016). 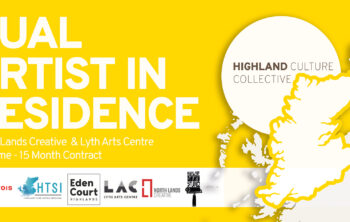