Elsewhere in the UK Kiln GlassColdworking 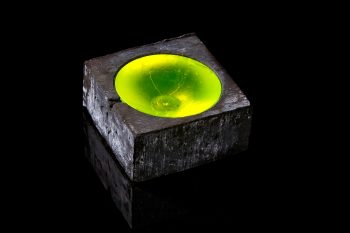 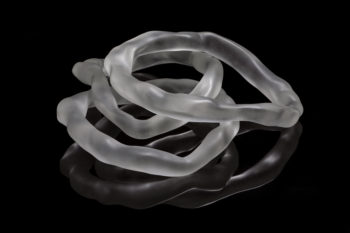 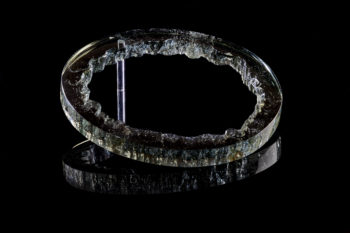 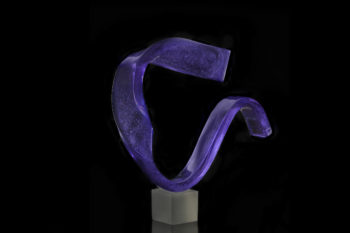 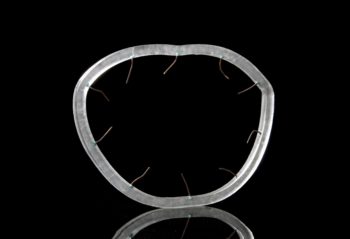 Dawid grew up in Poland in the 1980s. Determined to find his own unique creative expression, Dawid drew inspiration from the art, design and architecture of a Poland in transition, turning away from the East and orienting itself to the West.

“On arriving in the UK in 2004 I discovered a new world of cultural possibilities. It seemed that individual expression was not only tolerated here, but celebrated. I was a frequent visitor at galleries and museums, soaking up ideas from the art I experienced.”

Working with diversity forms, materials and finishes in order to have the widest possible vocabulary to express his ideas, Dawid has found himself returning time and again to the subject of the individual’s struggle for freedom from oppression. He identifies as an “outsider”, and his art aims to make a connection with an audience which may have its own experience of being on the periphery of society.

Dawid’s work concerns itself with themes of sexuality, death, religion, body, and the correlation and relationship between all of them. The majority of his pieces are inspired by autobiographical memories.

Dawid works mainly with the cast glass technique. He completed his BA (Hons) in Glass and Ceramics in 2017, with the MA following in 2018. His work has been exhibited nationally and internationally in museums and galleries including: National Liberty Museum (Philadelphia), Centre for Contemporary Art (Prague), National Glass Centre (Sunderland) and Business Design Centre (London).

This website uses cookies to improve your experience while you navigate through the website. Out of these, the cookies that are categorized as necessary are stored on your browser as they are essential for the working of basic functionalities of the website. We also use third-party cookies that help us analyze and understand how you use this website. These cookies will be stored in your browser only with your consent. You also have the option to opt-out of these cookies. But opting out of some of these cookies may affect your browsing experience.
Necessary Always Enabled

Any cookies that may not be particularly necessary for the website to function and is used specifically to collect user personal data via analytics, ads, other embedded contents are termed as non-necessary cookies. It is mandatory to procure user consent prior to running these cookies on your website.